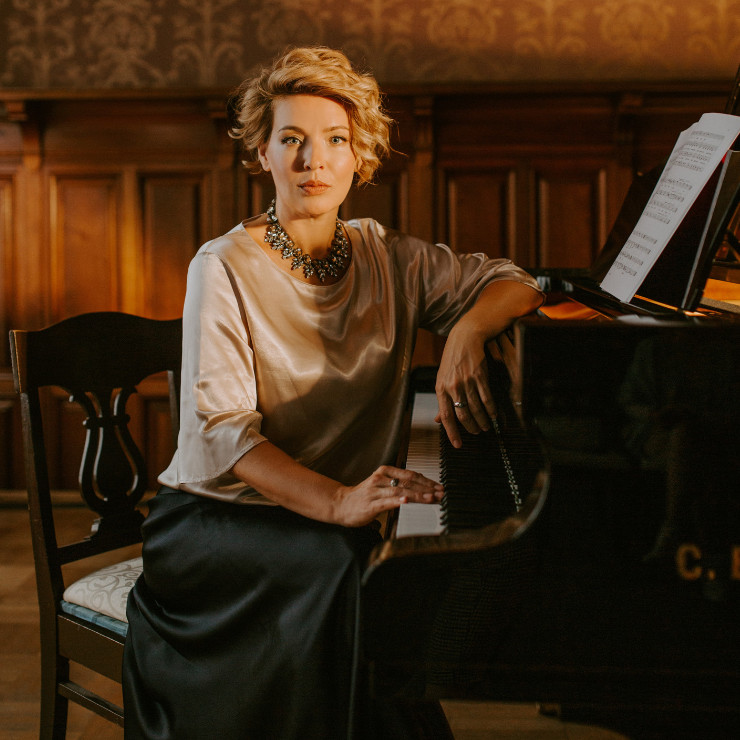 Polina Osetinskaya returns to the Latvian capital to present her new program.

«Her tone is deep and rich, her articulation faultless and her feeling for the pulse of the music she is playing is as natural as breathing – that’s something that cannot be taught. » - KLASSISKMUSIKK

Polina Osetinskaya was born in Moscow and began performing at the age of five. She was soon acclaimed as a Wunderkind. She gave her first concert at the age of six at the Vilnius Conservatory in Lithuania and at the age of seven entered the Central School of Music of the Moscow Conservatory.

She appears at the world’s most important concert halls, including the Barbican in London, the St Petersburg Philharmonic, the Moscow Conservatory and the Musikverein in Vienna, as well as in Rome, Tokyo, Milan, Brussels and throughout the USA, as well as at many festivals in Europe, the USA, Russia and Mexico.

After her debut at the Salzburg Festival in 2019, she performed in triumph at Carnegie Hall, where she now performs every season.

In recital, Polina Osetinskaya is known for her unusual programmers, which include works by contemporary composers juxtaposed with traditional, classical works.