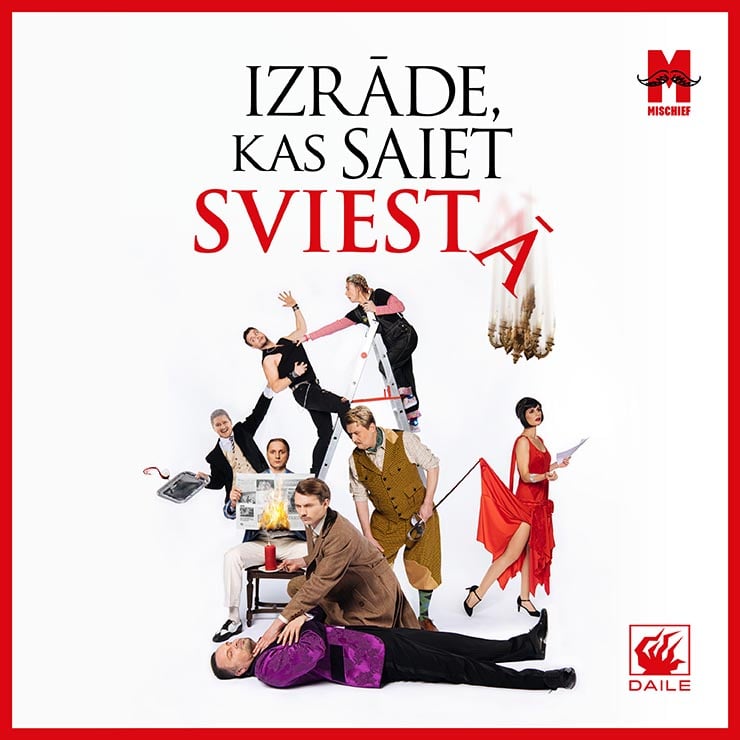 DAILE in collaboration with Mischief Theatre, London presents a comedy by

THE PLAY THAT GOES WRONG

"The Play That Goes Wrong" written by Henry Lewis, Jonathan Sears and Henry Shields of Mischief Theatre has been running for 7 years in London's West End. It won the prestigious 2015 Laurence Olivier Award for Best Comedy of the Year.

Its success is no laughing matter, although everything Mischief Theatre does is funny. They have put everything that is good about dark British humour into their show.

Daile’s “The Play That Goes Wrong” is one of 20 versions currently playing in different languages across the world. And it is an exact replica of the original version, translated into Latvian under the guidance of Mischief Theatre director Amy Marchant. An opportunity for us in Riga to experience the show that is so well known and well- loved in London.

The play tells the story of the Cornley Drama society and their premiere production of The Murder at Haversham Manor, during which everything goes wrong - props don't stay on the walls, actors forget their lines, even the stage floor caves in. Despite the force majeure, the drama enthusiasts are determined to see the show through, even if they have to walk over dead bodies to achieve their goal.

Mischief Theatre's West End production of “The Play That Goes Wrong”, London, is produced by Kenny Wax and Stage Presence.