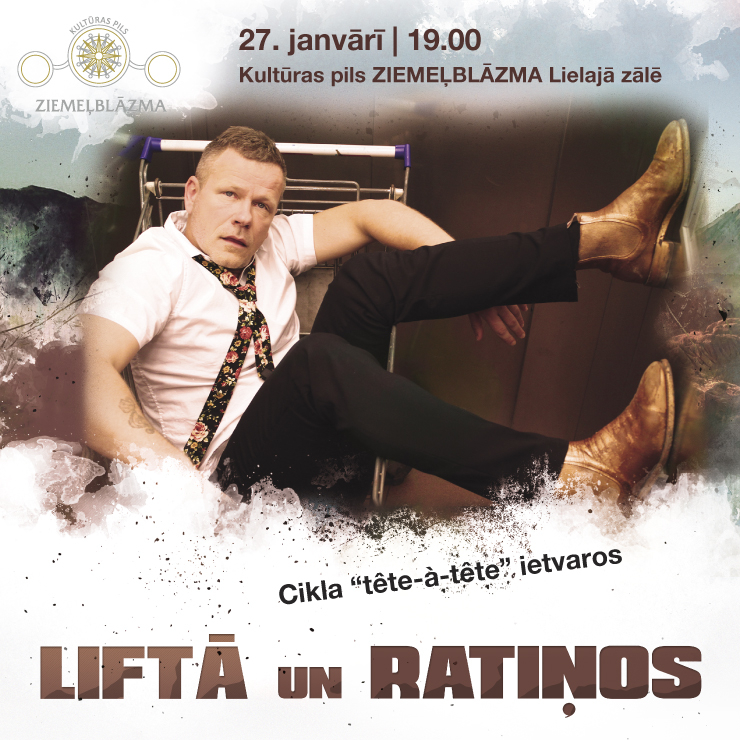 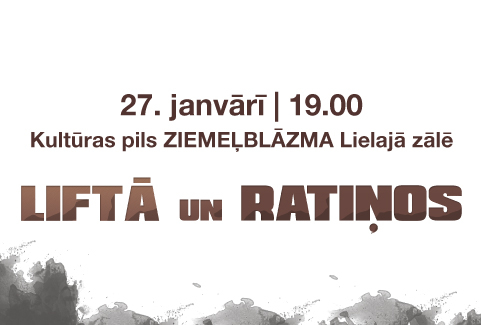 THEATRE DIRECTOR AND ACTOR KĀRLIS ANITENS'S AUTOBIOGRAPHICAL ONE-MAN PERFORMANCE "IN AN ELEVATOR, IN A CART"

THEATRE DIRECTOR AND ACTOR KĀRLIS ANITENS'S AUTOBIOGRAPHICAL ONE-MAN PERFORMANCE "IN AN ELEVATOR, IN A CART"

Drawing upon his twenty years of experience in culture, arts and entertainment during these peculiar times of today, which make a creative person stand before the audience in solitude to gain a slightest bit of confidence and predictability of their course, director and actor Kārlis Anitens has created his autobiographical one-man performance titled "In an Elevator, in a Cart". The plot of the show is going to develop in an elevator, which has stopped inside the shaft of a mystical house, where the man stuck inside will spend hours with no one to talk to – no one but the people from the photo hung on the elevator wall; in reality, these people are going to be the audience. The only "furniture" inside is a stand and something totally out of line – a shopping cart. So, where was the elevator supposed to take the character? What does the shopping cart have to do with the story of the character's life? What exactly is the elevator itself in this story? Why has it stopped, and why is there no one hurrying to the rescue? These are just a few of the questions that the character is going to have to deal with in this absurd, yet funny and thought-inducing performance.

A trip along the curves of the character's life journey evolves imperceptibly into the discovery of Kārlis's memories of what he has seen and been through in his personal and creative life. Anitens's sparkling sense of humour and his central position in numerous creative expressions reveal a view of life – life, which consists, apart from anything else, of sharp moments, hoax and stings. Kārlis's mission in life, however – his mission of bringing joy to people – always helped him through his troubles; maybe it could also help his stuck character get out of the elevator. On the other hand, this sudden stop in the midst of a crazy dash forward might as well be the source of valuable advice, something that could help both Kārlis and his character see their road into the future in a completely different light.

Another aspect worth mentioning is the staging of the show. According to the director's conception, every job to be done on stage – not just the performing, but also stage design, illumination and voice-over – will be handled by no one but the sole actor, that is, Kārlis himself. To do the light directing, which is of particular importance for this show, Kārlis Anitens obtained the support of Oskars Pauliņš, the lighting artist of the Latvian National Theatre. Together, they have accomplished quite a few challenging projects over the course of their creative life. As to stage direction, Kārlis chose to entrust this duty to Marita Krūskopa. Their paths crossed almost twenty years ago, and since then there has been a host of crazy and exciting ideas they have turned into reality together.

The première is going to take place on January 27, 2022, in the "Ziemeļblāzma" Culture palace, which is a place of special significance for Kārlis Anitens, as some of the circumstances mentioned in the show suggest.