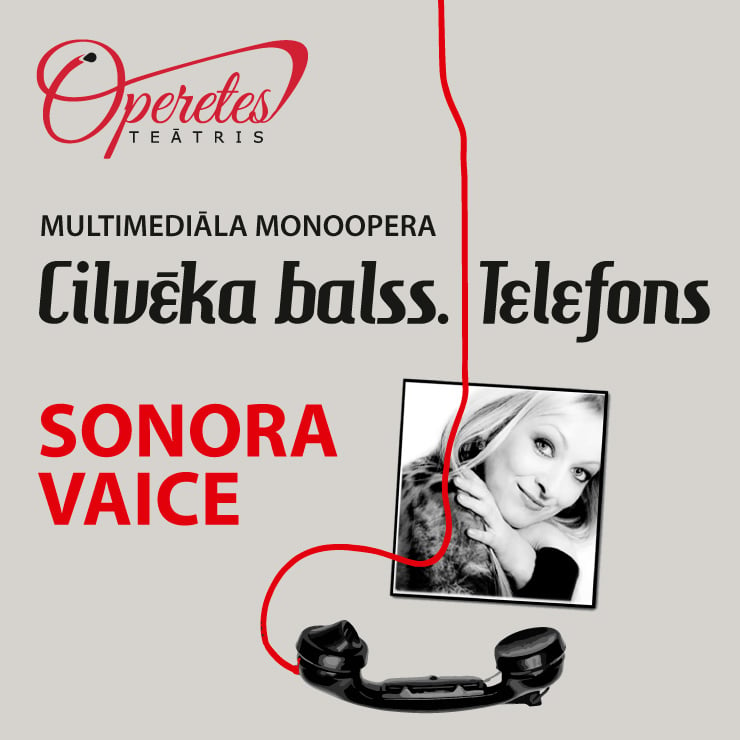 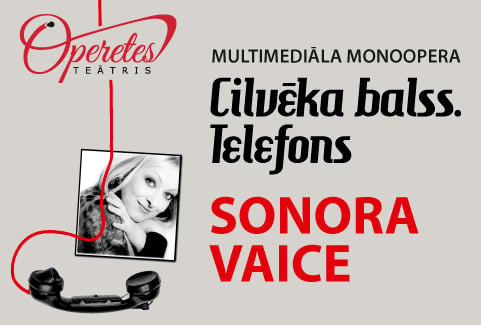 The multimedia mono-opera "The Human Voice. Telephone" has received  the Great Music Award 2021 - the highest award in Latvia in the classical music genre - in the category "Production of the Year" and is Sonora Vaice's directorial debut.

In this Operetta Theatre production, the outstanding opera diva Sonora Vaice manages to combine her roles as soloist and director, creating her own compelling story of a woman in her light-heartedness and poignant seriousness.

Gian Carlo Menotti's opera The Telephone was written in the middle of the last century, when technology in the form of the telephone was entering more and more homes and becoming an exciting activity for housewives. The light and comic story's protagonist, Lucia, is so busy talking on the phone that she fails to notice her fiancé, who has come to marry her.

Francis Poulenc's opera The Human Voice is more existentially poignant - both humorous and deeply philosophical, it reveals the world of women's feelings, longings and thoughts, and encourages reflection on the values and meaning of life.

The visual concept of the Operetta Theatre production - set design, costumes and video - was created by multimedia artist Ineta Sipunova, whose stage environment and multimedia projections create the setting and mood of the action, brilliantly enriching the interplay between the on-stage and filmed characters of soloists Sonora Vaice (soprano) and Nauris Indzeris (baritone), revealing the expressive and rich inner world of women.

The visual concept of the production was created by multi-artist Ineta Sipunova, the costumes, stage environment and multimedia video projections will complement the on-stage interplay of soloist Sonora Vaice, baritone Nauris Indzeris and virtual characters with a parallel cinematic story, creating a rich revelation of the emotional world of a woman in a single aesthetic.

Accompaniment:
5 and 7 May with piano - Māris Žagars
11 May FIRST TIME with orchestra, conductor Jānis Stafeckis