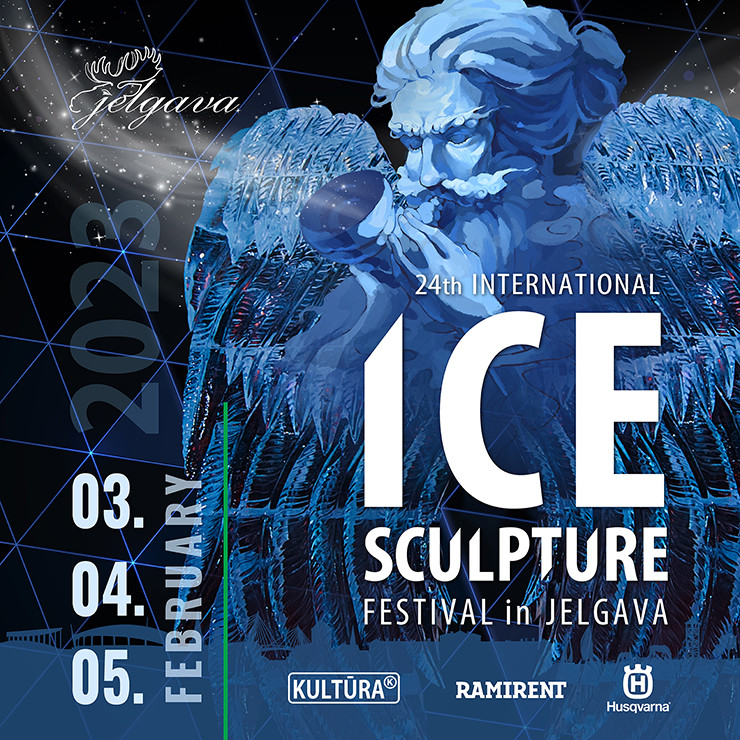 The 24th International Ice Sculpture Festival will occur in three places in Jelgava - Jānis Čakste Boulevard, Pasta Island and the open-air concert hall "Mītava" from the 3rd to the 5th of February. This year 32 professional sculptors from 12 countries - Indonesia, Mongolia, Czech Republic, Great Britain, Finland, Netherlands, Germany, Ireland, Ukraine, Poland, Lithuania and Latvia - will show their unique perspective on the ancient deities through ice sculpting. As part of the festival 45 contest sculptures will be created while a total of more than 60 ice objects will be on display.

On February 3rd the official festival opening ceremony will be held and the competition winners will be awarded. Later on music group RĪGAS MODES and rapper OZOLS will perform. The event area will be open from 6 to 10 PM.

Meanwhile on the 4th and 5th of February entrance to the festival will be open from 10 AM until 10 PM. Both of these days visitors will be able to observe how ice transforms into an actual work of art in exciting ice-sculpting duels.

In the first half of February 4th ĀDOLFA ALUNĀNA JELGAVA THEATRE and the creative association PASAKU NAMS will indulge in enriching theatrical performances for children. But in the evening such music groups as BIG AL & THE JOKERS and THE ROOP will take to the stage.

On February 5th visitors will be greeted by play show performances from JELGAVAS JAUNAIS THEATRE and the creative association TEĀTRIS UN ES.  The evening program will be provided by popular Latvian music groups – PĒRKONS and BERMUDU DIVSTŪRIS.

The International Ice Sculpture Festival is organized by the city of Jelgava and the institution "Kultūra", supported by the companies "Ramirent" and "Husqvarna".