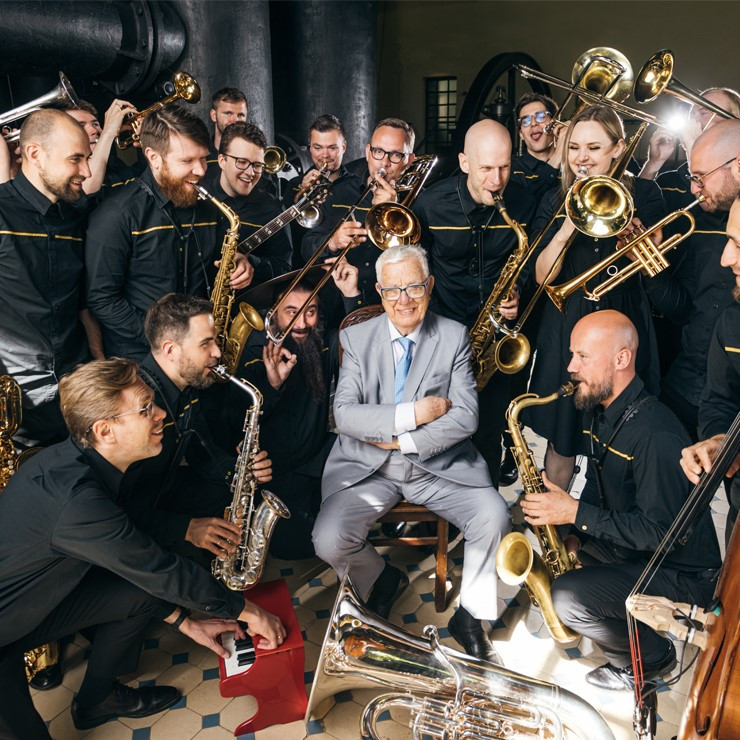 Opening of the Christmas Festival. Raimonds Pauls and Friends

Opening of the Christmas Festival Raimonds Pauls and Friends

The programme will include pieces from Maestro's musical "Legend of the Green Jumprava", performed at the Daile Theatre in the year 2000, with lyrics by Guntars Račs. For the first time ever, the young and talented ethno-jazz singer Elza Rozentāle will perform together with Big Band and Raimonds Pauls. New arrangements by Kārlis Vanags have been made for the compositions; and the well-known melodies have gained new power in the sound of the Big Band.

Daumants Kalniņš will sing in a duet with Elza Rozentāle. He will also perform solo – songs with lyrics by Imants Ziedonis and Anna Rancāne, as well as pieces from the musical "Sister Carrie".

Several melodies from Maestro's film music will also be played.