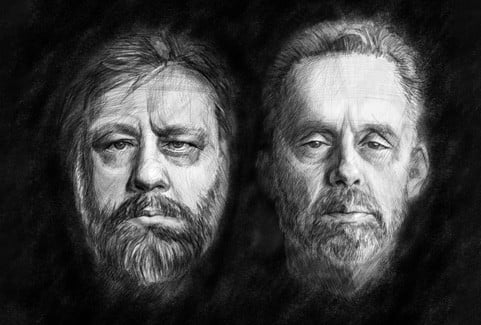 ŽIŽEK. PETERSON. DUEL OF THE CENTURY

An ideological clash between two of the most prominent contemporary public intellectuals. Slavoj Žižek, a Slovenian philosopher and critic of neoliberalism and political correctness, versus Jordan Peterson, a Canadian clinical psychology doctor. Who can convince better - the leftist or conservative opinion apologist?

A few years ago, they had a public discussion in Toronto, which was advertised as the intellectual battle of the century. There was no confrontation, however, as both speakers took a more pacifistic approach to the debate. It was like a boxing match where neither of the boxers went in for a punch. On the stage we are attempting to replicate this intellectual clash, which everyone expected. Using their own quotes and arguments, of course.