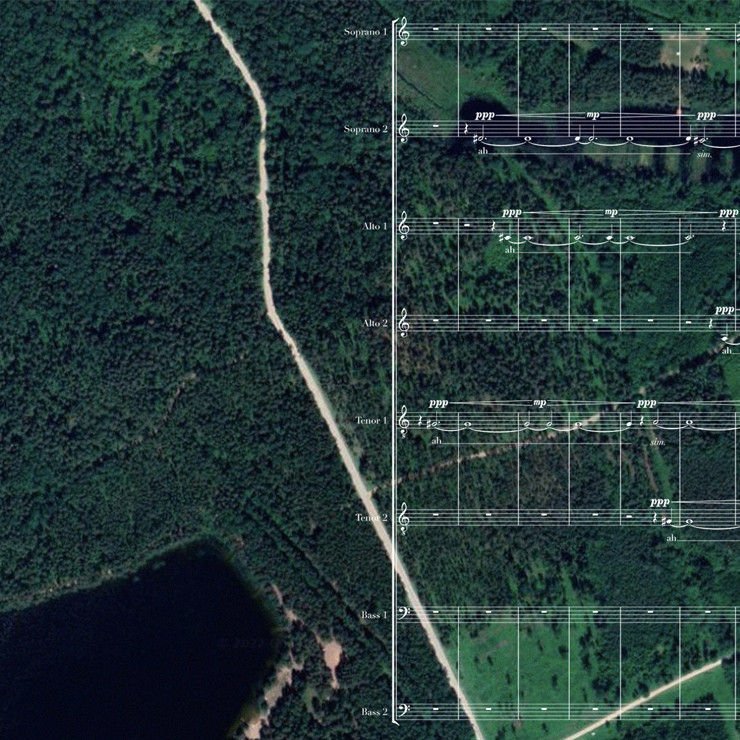 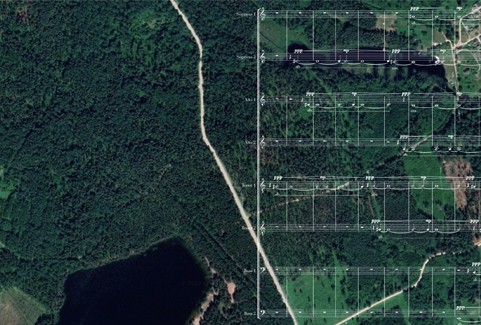 An audiovisual performance with the participation of a virtual choir.

A prayer for the fallen and a dedication to the Cēsis Jewish community destroyed in the holocaust.

Local volunteers from Cēsis also take part in the performance

Can the deceased ever speak again? Can silence be broken?

Silence Falls is a prayer for the fallen, a musical and lyrical performance held in the forest - a site where 200 Jews were killed during the Nazi occupation in August 1941.

A person takes up space and his or her voice takes over from silence. With the person gone, silence swoops in. A forest is silent. Nature is forgiving and merciless in its eternity. It absorbs and permits everything and continues to be beautiful even when it seems that no trace of beauty remains. The world ceases to exist yet carries on being. When a person dies, their body and voice are lost, however, this is reverted, giving voice to the dead.

The sounds of the new creation by Krists Auznieks for youth choir Kamēr… will spill into the forest from a recording. Each voice denies itself and holds back, but in this way becomes the voice of someone else. Gradually, words in Ivrit and Yiddish are expressed, asking the listener to stop. Once the listener has accepted the value of resignation, the young voices instruct on the meaning of shtarbm - to die - and lebn – to live. Alas, to remember is difficult as we don’t yet understand. We may have a hunch or have to wait patiently until we start hearing.

In August 2022, to honor the fallen Jews, 200 spectators per performance are invited on a journey by bus from the  Rožu square in the town of Cēsis to the forest nearby.

Organized by the Burning Conscience Exhibition Support Foundation in Cēsis.

Supported by: the Remembrance, Responsibility and Future foundation EVZ Foundation in Berlin, the Konrad Adenauer Foundation in the Baltic states, the Goethe-Institut Riga, the Embassy of Israel in Latvia, and the Jews in Latvia museum.