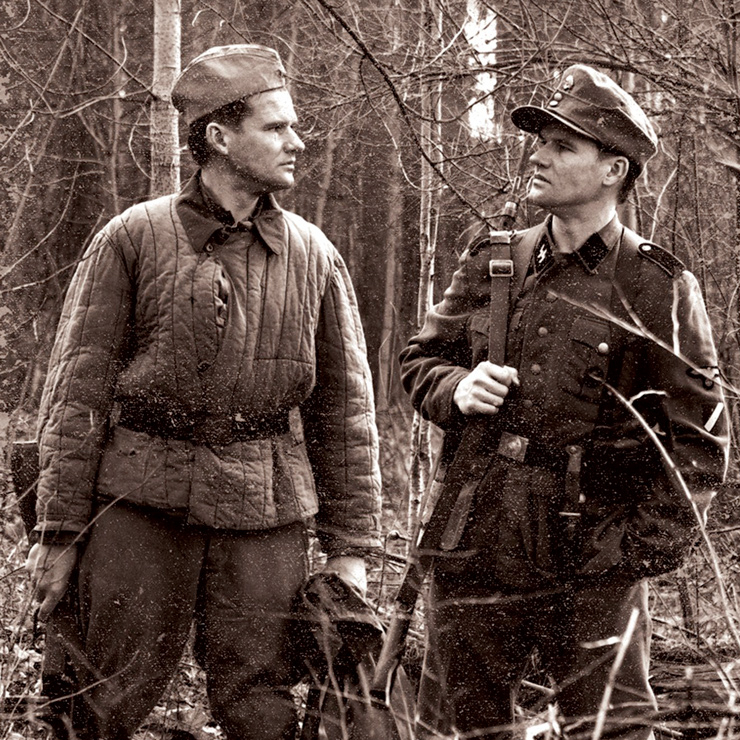 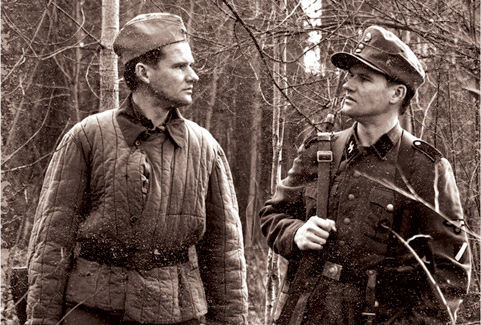 The initial starting point for this documentary performance was the intention of actor Vilis Daudziņš to trace out his grandfather who went missing after the Second World War. He didn’t succeed in finding any information from the state archives, but during his search he encountered three men with the same family name as his grandfather – Savickis – and all about the same age. One of them served during WW2 in Waffen-SS Legion and still propagates anti-Semitic ideas. Another one collaborated with the Red Army. And the third one had managed to fight on both sides.