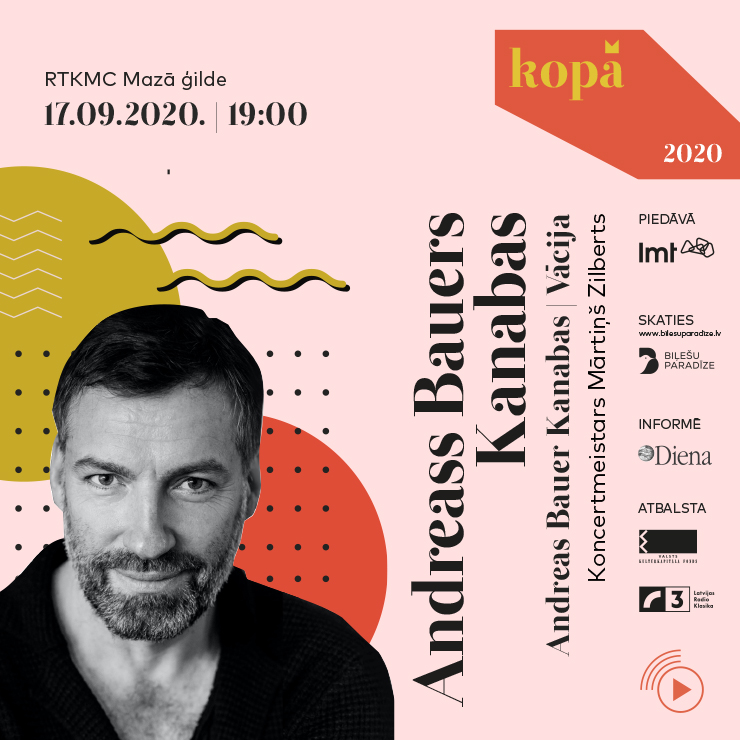 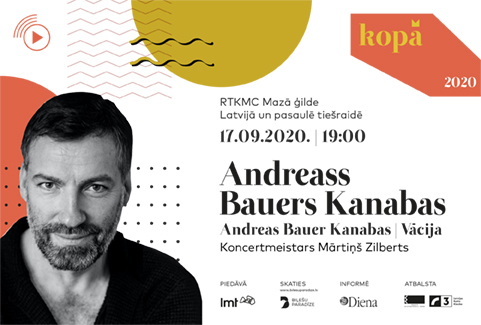 Remarkable and beloved bass ANDREASS BAUER KANABAS - in the recital at the Great Hall of the concert venue “Mazā Ģilde” (Small Guild) on September 17, 2020 at 19:00. The recital will take place live and online as part of the concert cycle “KOPĀ” (TOGETHER).

This will be the closing concert of the concert series "KOPĀ" (TOGETHER).

The concert will feature the most popular arias for bass by Giuseppe Verdi, Richard Wagner, as well as from works of Franz Schuubert, Antonín Dvořák, and Sergei  Rachmaninoff.Concert pianist - MĀRTIŅŠ ZILBERTS.

The audience's favorite - the German bass ANDREASS BAUERS KANABAS - returns to Riga to sing a solo recital to the Latvian audience.The radiant power of the artist's impressive bass voice and the dark saturated timbre combined with his unusual dramatic expressiveness fascinate the audience and delight critics on the stages of the world's leading opera houses and concert halls, including, but not limited to Vienna, Berlin, Frankfurt, Milan, Tokyo, etc.