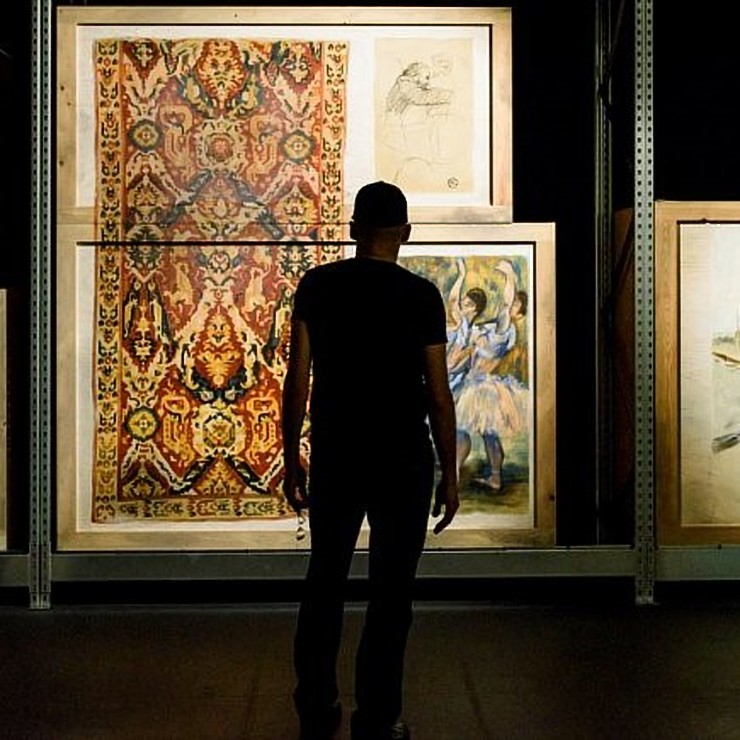 Walid Raad is a Lebanese visual artist who until 2004 worked under the name ‘The Atlas Group’. Under the guise of this fictional collective, Raad would often act as an anonymous guide during his own exhibitions, revealing to the viewers deeper layers and interconnections behind the exhibited objects and stories.

‘Les Louvres and/or Kicking the Dead’ follows the same practice: Raad takes visitors on a special tour of his exhibition in which real events, fiction and the artist’s commentary are all intertwined. In one and a half hours viewers travel from the First World War museum in Belgium to the Louvre in Abu Dhabi, making a stop in New York.

The stories behind the characters and images – art objects and their shadows, a museum guard, construction workers’ sweat, a secretive art advisor to Sheikh Khalifa, and the two tallest buildings in Manhattan – attempt to solve a real-imagined mystery, turning the performance into intriguing detective story.

International Festival of Contemporary Theatre "Homo Novus" is the leading performing arts festival in Latvia and one of the biggest in the Baltic region. Festival takes place in Riga from September 5 till 13, 2019 and introduces audiences to both new and renowned artists that seek ways of expressing their views and opinions about the world and the society. Festival offers a range of performances as well as seminars, workshops and other activities.