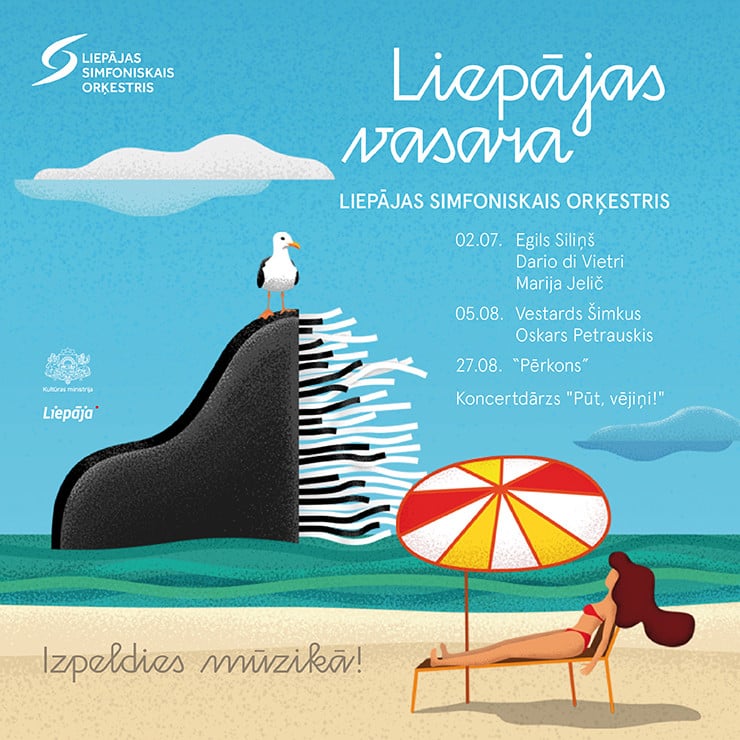 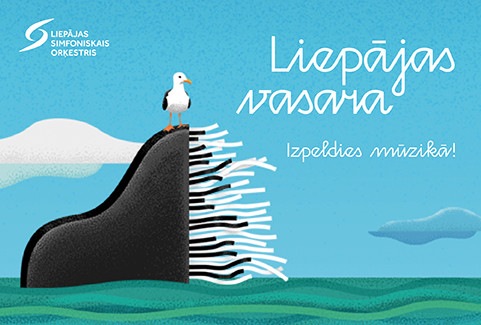 This year, the “Liepāja Summer” Festival will return to its historic home by the seaside – Liepāja Jūrmala Park, in the renovated Concert Garden “Pūt, vējiņi!”, where during three grand concerts the audience will be offered a great amount of different genres, styles and eras.

Started in 1881, the tradition of giving symphony concerts has become an integral sign of the cultural identity of Liepāja City. Powers have changed, the city itself has changed, the stages built for open-air concerts also change, however, enjoying music on summer evenings surrounded by the tender breath of the sea reverts to the spirit of our city's life over and over again.

Commensurate to the great moment of the revival of the Concert Garden “Pūt, vējiņi!”, the Liepāja Symphony Orchestra will celebrate the three fundamental music traditions of Kurzeme Capital of Culture in three big concerts: the 100th anniversary of Liepāja Opera tradition celebrated with a concert conducted by Atvars Lakstīgala, a 140-year-long symphonic tradition celebrated with a concert programme featuring Vestards Šimkus and Guntis Kuzma, and the Liepāja rock music tradition rocking along with the legendary rock-band “Pērkons” for more than half a century already.