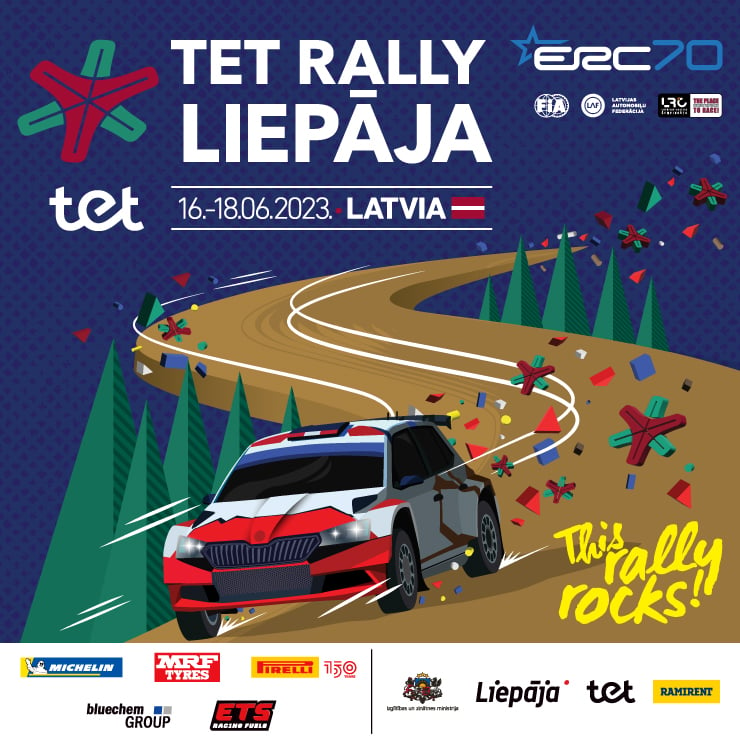 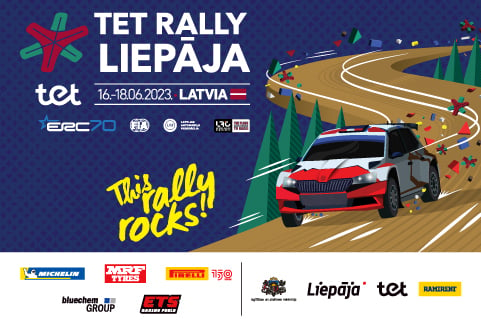 Held for the first time in 2013, FIA European Rally Championship (ERČ) round in Latvia - Tet Rally Liepāja - in 2023 is planned in an even wider territory of the Kurzeme region than previously experienced, throwing unprecedented challenges to competitors and allowing spectators to gain new impressions by watching the dynamic scenes of the rally!

The oldest rally championship season will start at the beginning of March - before the competition in Latvia, the championship will have already visited Portugal, Spain and Poland, but after the visit to Kurzeme, it will go to Sweden, Italy, the Czech Republic and Hungary. Tet Rally Liepāja will arrive in Latvia just before the summer solstice - the ceremonial opening of the rally is scheduled on Friday, June 16, while the rally stages will be held on Saturday and Sunday - June 17 and 18.

In 2023, covering an even wider area than before, the first competition day of Tet Rally Liepāja - Saturday, June 17 - will start in Tukums district, but later the crews will go to stages in both Talsi district and Kuldīga district to arrive in rally city Liepāja in the evening.

The final stages of the Tet Rally Liepāja are scheduled on Sunday, June 18, when several tests are planned for competitors in the Southern Kurzeme region, including the decisive Power Stage, during which it is possible to gain additional points, and the course of which is widely covered on live TV.

Similar to other years, both one-day and two-day entrance tickets are available for rally spectators. Entry tickets for one stage will not be available for sale.

We want to remind Tet Rally Liepāja spectators that a wristband will be required to watch the rally, with which you can access the created viewpoints. You can get such a wristband by showing your entrance ticket at the Tet Rally Liepāja ticket exchange points, which will be located near the stages. Exact information about the locations of the ticket exchange points and their working hours will be clarified shortly before the FIA European Rally Championship round in Latvia - Tet Rally Liepāja - on the official website www.lvrally.com, as well as on social network accounts.