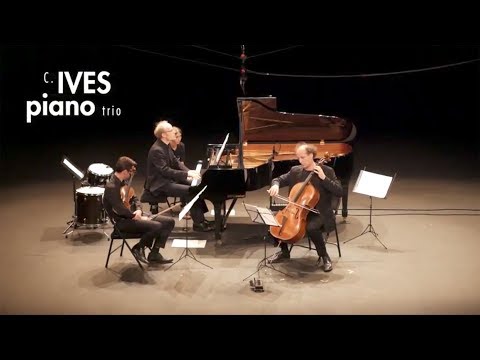 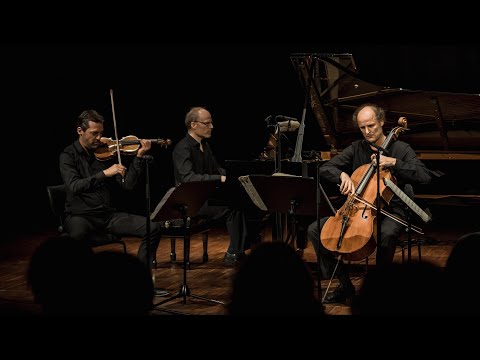 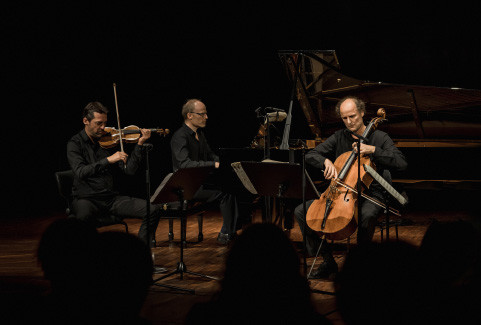 The most exciting contemporary music ensemble from Belgium, Het Collectief, are returning to Liepāja with a breathtaking journey through discoveries of twentieth-century chamber music. This time, the virtuoso quintet will perform at the concert hall as a trio to look for the brightest features of the era in interpretations of the violin, the cello, and the piano, played by Wibert Aerts, Martijn Vink, and Thomas Dieltjens.

This ensemble of musicians can be described as true aesthetes of chamber music, in whose hands even the most intricate music reveals itself to the listener lightly. The musicians themselves explain that the program is constructed around the sonic chamber masterpiece Verklärte Nacht by Austrian visionary Arnold Schoenberg, performed at this concert in a special arrangement for the violin, cello, and piano. This opus, which is based on an erotic poem by German poet Richard Dehmel, is definitely one of the most sensual works in the entire history of music, and its sophisticated notation is the musical equivalent of the golden glory of Art Nouveau.

The Trio for Piano, Cello, and Piano by the eccentric godfather of modern American music Charles Ives, a contemporary of Schoenberg’s, in which the author has reflected upon his period of studies at Yale University, will invoke philosophical rumination.

The sonic explorations of Schoenberg and Ives will be followed by masterpieces of contemporary Central European music. The virtuoso Partita by Polish avantgarde master Witold Lutosławski will invoke an expressive dialogue between the timbres of the violin and the piano, and Pohádka by the outstanding Czech genius Leoš Janáček will present Vasily Zhukovski’s great poem The Tale of Tsar Berendyey in music. The protagonists are clearly represented by the cello and piano, encouraging the listeners to experience their own version of the fairy tale.

Partita for Violin and Piano by Witold Roman Lutosławski (1913-1994)

Verklärte Nacht by Arnold Schoenberg (1874-1951) in an arrangement for violin, cello, and piano by Eduard Steuermann

Tickets: starting from € 10.00 (Ticket prices may change closer to the event)

NB.  Upon attending a concert, the attendee must show personal identification.