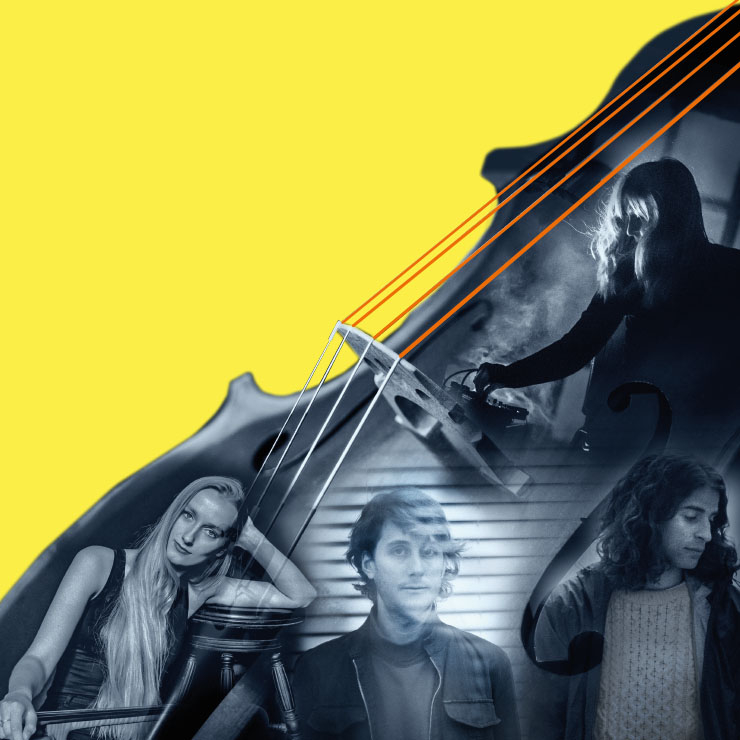 The seventh edition of Cello Cēsis International festival opens with an innovative alternative programme that will strike a chord both with lovers of classical values and listeners whose musical taste and previous concert experience may have been somewhat different. Three concert programmes, each reflecting a different musical genre and a different musical quest, will be presented on a single night.

The tandem Sebastian Plano (a Berlin-based Argentine composer and cellist) and Tom Adams (a composer and pianist from the UK) promises a programme combining minimalism, electronic and acoustic music). Regular concertgoers in Cēsis will remember them from 2019, when both artists appeared with their solo programmes in the Ambiente Stage series of recitals. Their collaboration started several years ago when Plano produced an album by Adams. This year, the two musicians will present their joint project ‘TAER’. Multi-instrumental-sounding, atmospheric, intimate and lyrical: that is how we could describe the cello sound we will hear on this Saturday evening.

Alongside the ambient set by Plano and Adams, we will also hear the latest programme by the Polish composer, cellist and representative of the independent music scene Resina, created in association with the percussion maestro Mateusz Rychlicki. After graduating from the Gdańsk Academy of Music, Resina has embraced the alternative movement and has been an active contributor to the Polish independent music since 2000. Resina’s music is experimental, unpredictable, emotionally resonant and vibrant. The cello, sound loops, electronics, percussion and the artist’s vocals ‒ together, all of that creates a unique, vivid and electrified sound where the structure of the musical piece coexists with improvisation.

The third artist taking part in Cello Cēsis Ambient is the cellist Margarita Balanas, a frequent guest at the festival. The concept of her new programme entitled ‘1920’ was developed in collaboration with the Scottish composer Lucie Treacher; it will feature a premiere of Treacher’s new piece, ‘Portals’; it was written especially for Cello Cēsis. The piece is unique in that it is interrupted by theatrical elements that will take the listener on a journey to the 1920s, where quotations from Stravinsky, Gershwin and Ravel, as well as jazz and blues will serve as the musical means of expression. The music in the programme is arranged for a specific ensemble that includes the cello, percussion, piano and double bass.