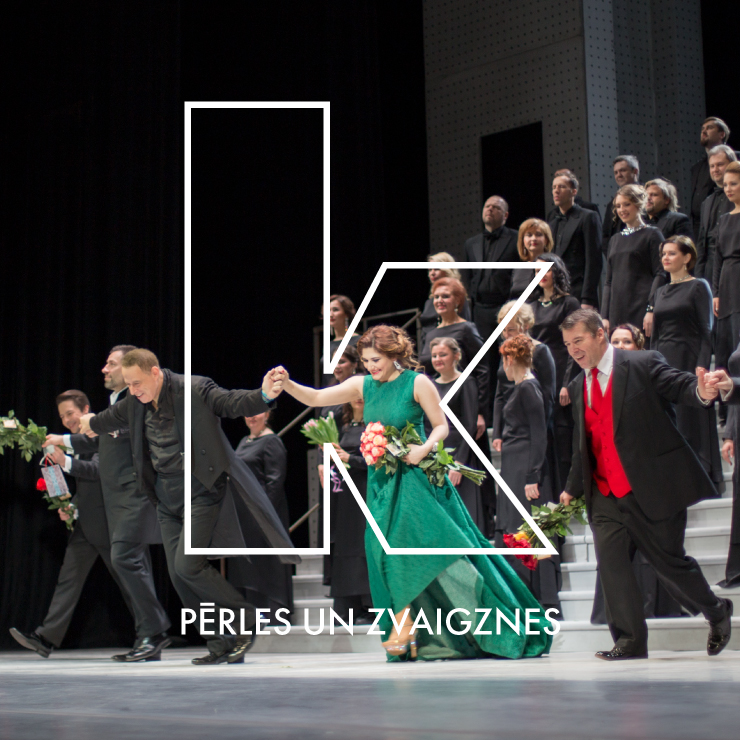 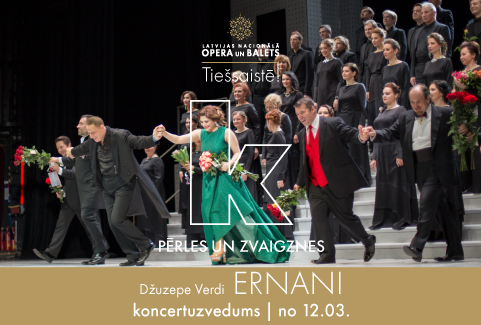 ERNANI | Recording of a concert performance

Concert performance of the Giuseppe Verdi’s opera ERNANI. Recording of 14.11.2018. with subtitles in Latvian.

In the 16th century Spain, the bandit Ernani is in love with Elvira, who is to be married to an elderly man against her will. The King of Spain also loves Elvira. Jealousy, revenge, forgiveness, and the sanctity of the oath lead the characters through meandering roads with love and death as their suite. Giuseppe Verdi got the inspiration for his “Ernani” in Victor Hugo’s play, which is centered around three men who love the same woman.  Because of its vocal complexity, the opera is rarely produced.

Verdi’s “Ernani” at the Latvian National Opera on January 14, 2018, was a star-studded concert performance. The conductor was the world-famous Daniel Oren, one of the best Verdi interpreters. The main roles were sung by the internationally acclaimed Dinara Aliev, Andreas Bauer Kanabas, Franco Vasallo, and Luc Robert, whose voices fill the leading opera houses around the world. They were joined by the brilliant Latvian soloists Ilona Bagele, Raimonds Bramanis, and Rihards Mačanovskis, as well as the Latvian National Opera choir. The director of the concert performance was Dace Volfarte, scenographer Andris Freibergs, and director of the video recording Edmunds Mickus.