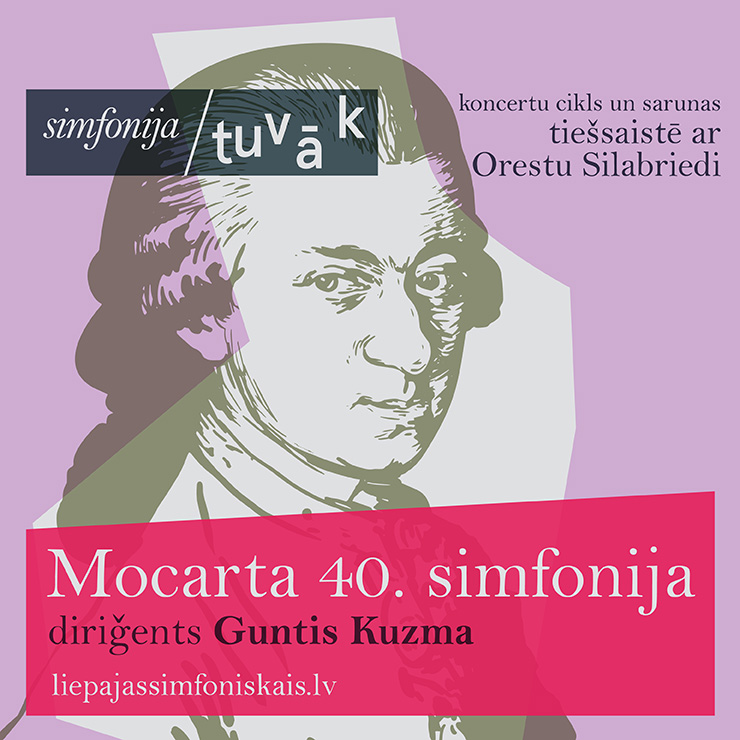 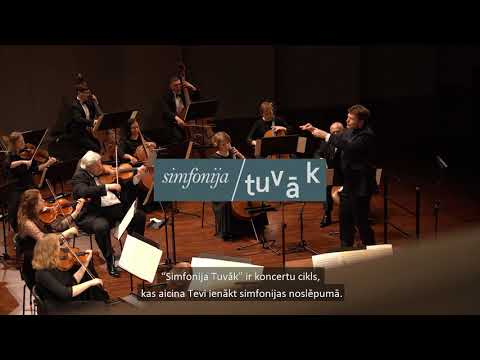 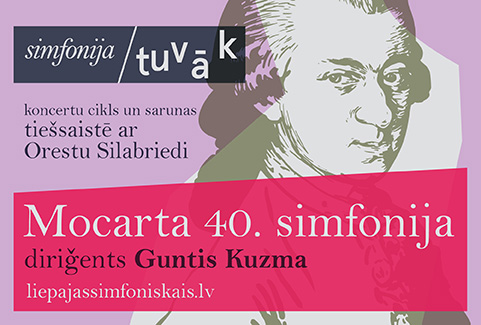 Conversations with the conductor and guests before and after the concert

We offer to watch a live recording from Liepaja’s Concert Hall GREAT AMBER on 29 January 2021. After purchasing a ticket, you will receive a link to the concert recording and an access code in your e-mail. The recording will be available for watching for an unlimited number of times for 30 days.

The Liepaja Symphony Orchestra has launched a new concert series Symphony CLOSER, which introduces audience to beautiful, classical symphonies that should be known by everyone.

Symphony is one of the most concise, spacious and beautiful forms that the humanity provides its message in. Heavenly order, spirit of the era, the advancement of society and deeply personal revelations are simultaneously miraculously manifested in masterpieces that have outlasted their time and become a part of the world’s cultural heritage.

Generations are changing, and the symphony, which the European society has known and loved for more than two hundred years, is slowly shrouded in the dust of oblivion. There are fewer and fewer people who come to concerts with scores. There are fewer and fewer of those who are able to compare dozens of different interpretations of the same symphony and for whom the message of music, history, literature, philosophy, painting and architecture is intertwined in a full and intelligent sense of the world.

Let's go to school! Let’s relearn the mysterious symphonic language to once again access the riches of the spirit that are still alive and take on new forms in each new age!

In this concert you will get to know the popular masterpiece of classicism that is filled with dynamic ideas - WOLFGANG AMADEUS MOCART’S SYMPHONY No. 40 IN G MINOR. Conductor of the Liepaja Symphony Orchestra - GUNTIS KUZMA.

“This is one of the most popular “superhits” of classical music, the first beats of which are known by everyone. But how many of us remember what happens next? And why the “so very light” Mozart wrote such a dramatic piece at all,“ adds music reviewer Orest Silabriedis. “What operas of his are echoed in this symphony? Where can we find an example of early dodecaphony here? Why the minuet of the symphony has turned out undanceable and should the word “hemiola” scare us? These and other questions have been considered a lot by Guntis Kuzma, under whose leadership Mozart’s masterpiece shines differently than usual.”

Before the symphony, Orests Silabriedis and the conductor of the concert program will together reveal the context of the symphony’s creation time and structural details of the masterpiece, but, after the symphony is played, specially invited regular listeners of the Liepaja Symphony Orchestra, who we know as never-absent guests in all of our concerts, will share the experience from their musical adventure. This time they are actor and writer Ēriks Vilsons with his wife - freelance artist Ivonda Vilsone.