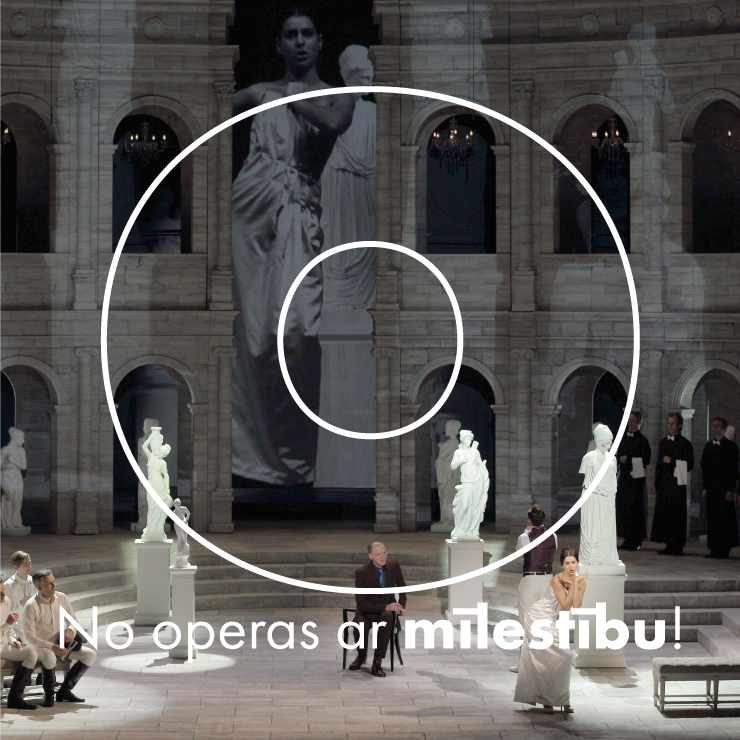 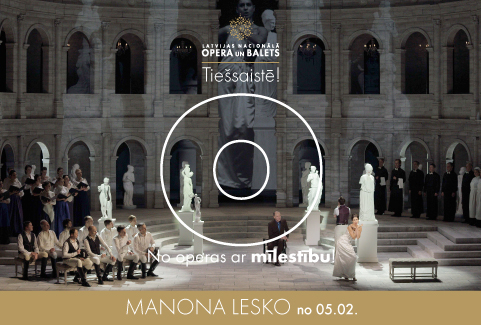 The recording will be provided with subtitles in Latvian.

In their time, his friends had tried to dissuade Giacomo Puccini from idea to write an opera about the tragedy of wayward beauty Manon Lescaut as the story of Abbé Prévost had have already inspired an opera by composer Julles Massenet. However, Puccini dismissed all objections: “Manon is a heroine I believe in and therefore she cannot fail to win the hearts of the public. Why shouldn’t there be two operas about Manon? A woman like Manon can have more than one lover. He added, Massenet feels it as a Frenchman, with powder and minuets. I shall feel it as an Italian, with a desperate passion. Manon Lescaut was his third opera and his first striking success.”

“Manon Lescaut” is about the clash of two equally powerful, yet opposing forces: the material world versus that of the immaterial. The opera’s heroes are given the gift of choice, but once they’ve made their decisions, there’s no going back. Manon’s destiny is marked by the meeting of two worlds at a crossroads, along with the inability to choose between love and stability – which leads to catastrophic results for Manon herself, as well as her lover, des Grieux.