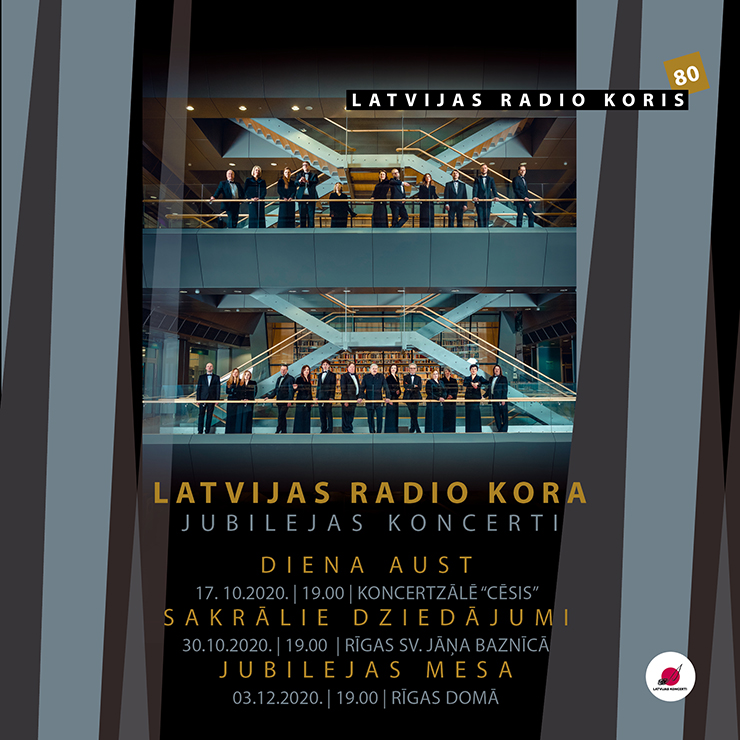 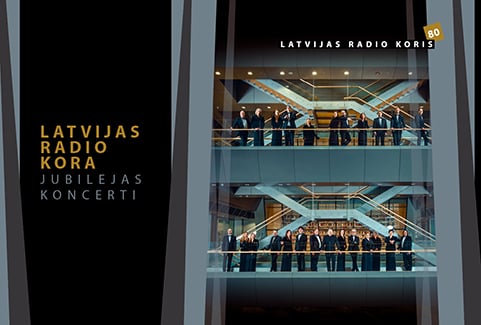 The main axis and culmination of the Latvian Radio Choir’s anniversary year will be the world premiere of the Jubilee Mass on the 3rd of December, 2020 at the Riga Cathedral. S. Kļava: “For the choir’s 80th birthday, we’re planning to perform a mass that has been created using the same technique as the musical publishing house Casa Ricordi used in the 19th century. Inspired by Giuseppe Verdi, Tito Ricordi commissioned the leading composers of the late 19th century to each write one movement of a Requiem to commemorate the first anniversary of Gioachino Rossini’s death. The most famous of these composers was, of course, Giuseppe Verdi who wrote the final movement Libera Me which later grew into his fantastic Requiem. This technique was used again in 1998 when the legendary German conductor Helmuth Rilling commissioned the greatest composers of the late 20th century to compose Passion-2000 for the European Music Festival in Stuttgart, Germany. Thus were created Deus Passus (Wolfgang Rihm), St John Passion (Sofia Gubaidulina), La Pasión según San Marcos (Osvaldo Golijov) and Water Passion (Tan Dun). The Latvian Radio Choir has intended to use a similar principle to create their Jubilee Mass – the large-scale opus would contain both pre-existing pieces and commissioned new works by the most visible Latvian composers. In addition to the already existing opuses by Pēteris Vasks and Arturs Maskats, new parts of the mass have been commissioned to Juris Karlsons, Andris Dzenītis and Ēriks Ešenvalds. The Mass will be concluded by Andrejs Selickis’ Prayer for Latvia. The composition is intended for a choir, string orchestra and percussion, and its stage visuals will be produced by Roberts Rubīns.