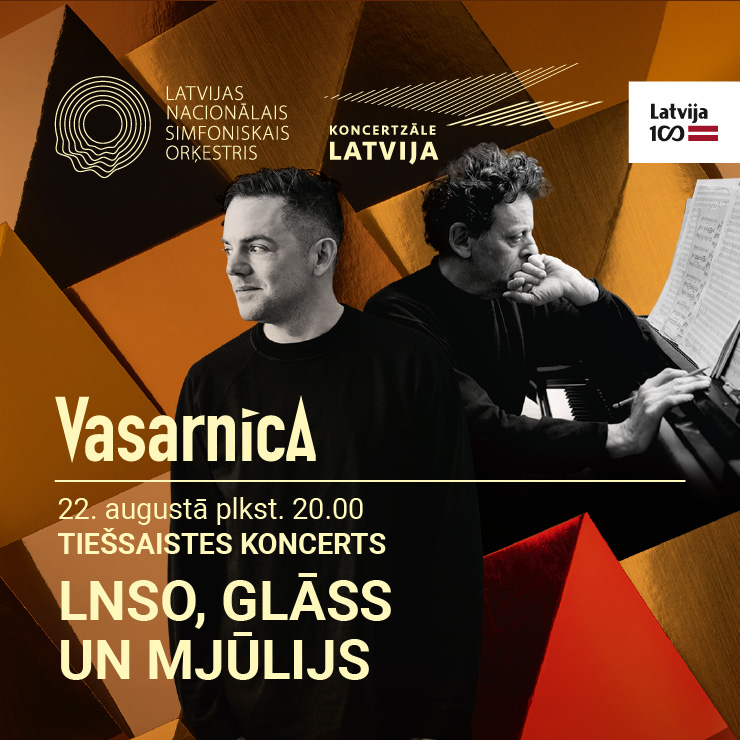 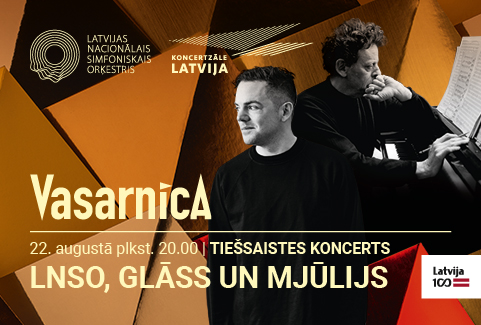 This programme showcases Philip Glass, one of the most renowned contemporary American composers, well-known among fans of classical and popular music alike. He pushed boundaries, integrating David Bowie’s songs in his symphonic music, and his film scores are an integral part of contemporary symphonic music, starting already with the iconic Koyaanisqatsi soundtrack. The concert includes Glass’s Symphony No. 11, a large-scale symphonic work with psychedelic audial impact, amplified by the characteristic acoustics of the Ventspils Concert Hall. The second part of the programme includes works by American composer Nico Muhly, who further pursues the musical tradition started by Glass. Four compositions will reveal the unique sound of the concert hall’s organ, enriched by the fascinating timbre of the viola and marimba.

The concert is supported by the State Culture Capital Foundation of Latvia.