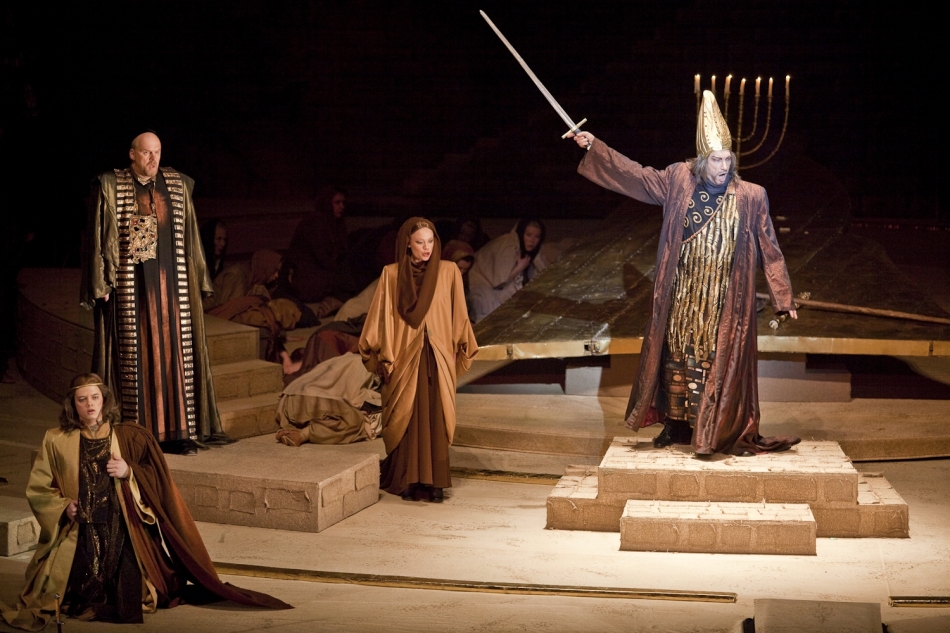 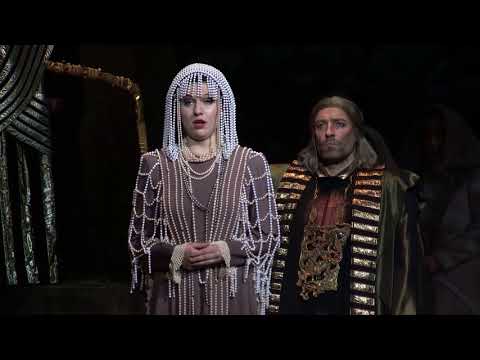 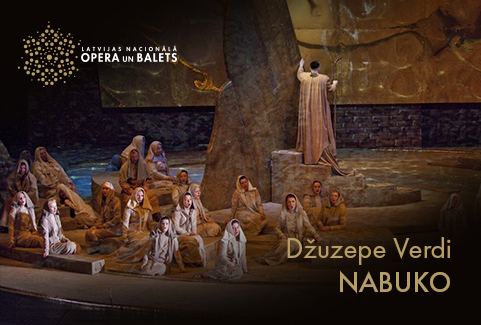 The opera by Giuseppe Verdi in four acts

I can say with a certainty that this opera marked the beginning of my career as a composer -said Giuseppe Verdi. In 1840, after the death of both children and his wife, Giuseppe Verdi is stricken by a deep depression. Only after two years - in 1842, the composer overcomes his crises, settles down to work and writes Nabucco. The resounding triumph after the performance of Nabucco opened the era of glory for Giuseppe Verdi's operas.
The LNO stage version of Nabucco is based on the concept of time. The theme of time can be traced also in the visual interpretation of the production- it is the course of the sun, the course of human life and, above all, the judgement of the Supreme Power of our thoughts and deeds.
Performed in Italian, surtitled in English, Latvian.
Information about discounts and tickets for children