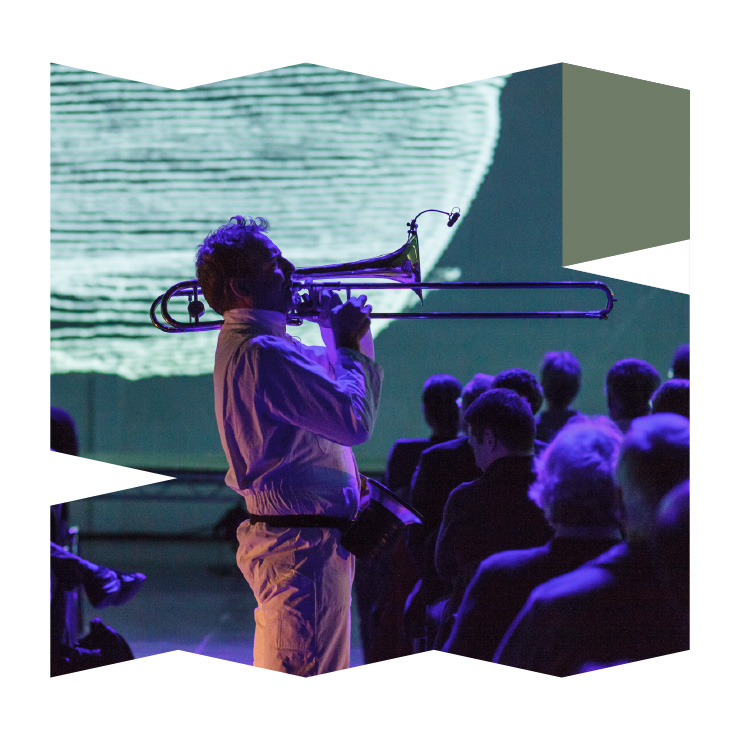 There is no doubt that the radical post-war avant-gardist, composer Karlheinz Stockhausen influenced not only his followers – young composers, several generations of whom were affected by the ripples of his cosmic ideas and musical revolutions, but also musicians and artists on a much larger scale. His portrait is used on the cover of The Beatles’ Sgt. Pepper's Lonely Hearts Club Band, Stockhausen inspired Miles Davis, and the singer Björk is said to have written letters to the composer. Stockhausen’s ideas and music are still around. The audio-visual concert of trombonist Thomas R. Moore and video-artist Klaas Verpoest is a tribute to two of the composer’s masterpieces – Signale zur Invasion (1992) and Octophonie (1991). Moore will meld with the shapes created by Verpoest’s videos, and will play amongst the audience instead of the stage. The concert has already been well-received in several countries, it is described as “exhilarating and mesmerising, heartstoppingly wonderful”, “an impressive, beautiful, galactic trip”, “like a Star Wars film pushed through a very thorough avant-garde filter”.