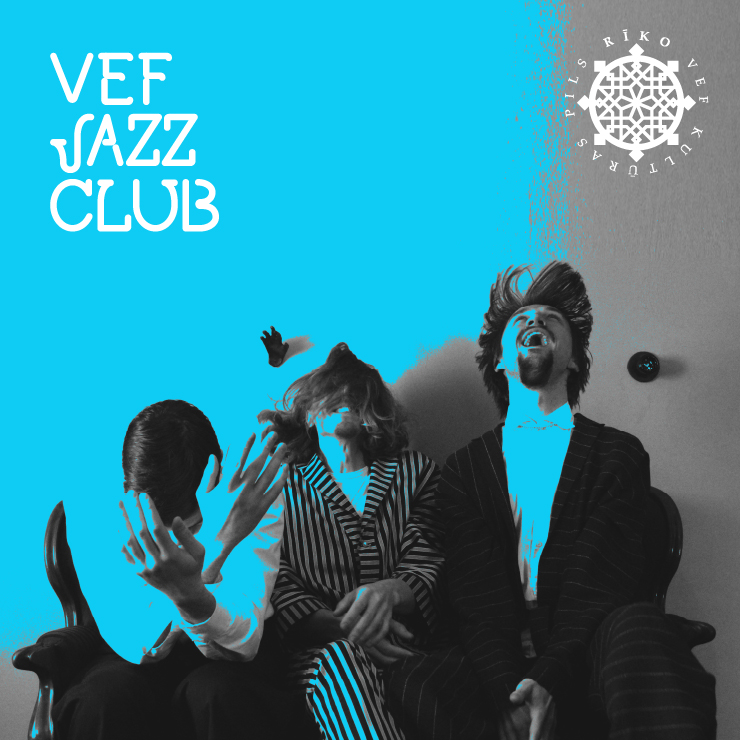 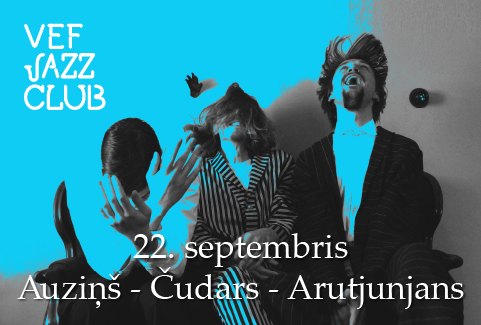 "Auziņš • Čudars • Arutyunyan" is a trio from Riga playing contemporary jazz music.
Comprised of seasoned, internationally renowned jazzmen, the trio aspires to create a world of sounds rising above any genre boundaries, based on energy, emotions and exciting ideas.
While collective free improvisation is an essential element of the trio's creative output, the boys' interest in classical musical composition sets the band's improvisation into a well-structured framework for spontaneity and playful harmony. Their sound is created with much emphasis on unconventional "extended techniques" and electronics; however, as all three are Latvians, they derive inspiration from a wealth of choir music traditions, and the band's creative work always retains tune and bond with the human voice.
In 2018, the band released its first album "Baltic", which won the annual music award "Golden Microphone 2019" as the best jazz album of the year.
In 2020, the trio cooperated with the Jersika Records record company to launch their second album – "The Maze".

Following the declaration of the national emergency, the band entered a stagnant period, just like many others. Like most musical artists, the trio used this time for regular meetings, cooperative exercise and work on new music. As a result, the trio developed a completely new repertoire, which will be played in public for the first time during their performance at the VEF Jazz Club.

Reviews:
"This could be one of the most stylish dedications to Latvia and the Baltic States of the century. […] Nothing more, nothing less. This is how the jazz of 2018 sounds in the rapidly developing Baltic jazz region." (K. Zaviļeiskis, Delfi.lv)
https://www.delfi.lv/kultura/news/music/latviesu-dzezs-2018-auzina-cudara-arutjunjana-albuma-baltic-apskats.d?id=50541707

"Creative freedom balanced against the great end-product quality". (Maruta Rubeze)
"For me, this concert was a fascinating emotional experience of how different aggregate states of music can turn into a virtually tangible process, which can be felt by every cell in the body. […] All three are like charge carriers interconnected with a single centred musical vector – and at the same time, each has his own unique individual manner of delivering this energy." (Lauma Malnace)

From the Post Factum broadcast on Latvian Radio 3, about the performance that took place in the Spīķeri Concert Hall
https://klasika.lsm.lv/lv/raksts/post-factum/aizvaditas-nedelas-zimigakie-kulturnotikumi-profesionalu-verteju.a115149/