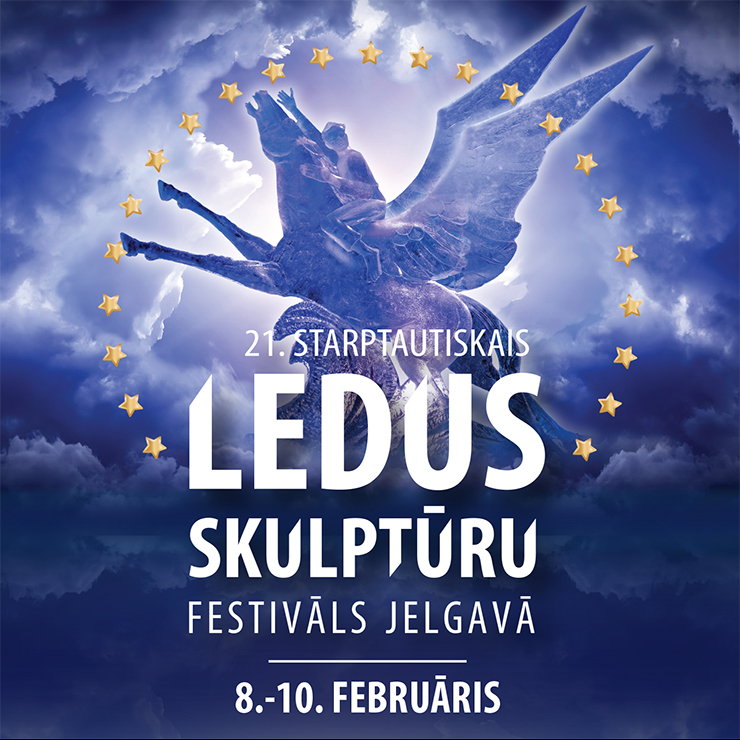 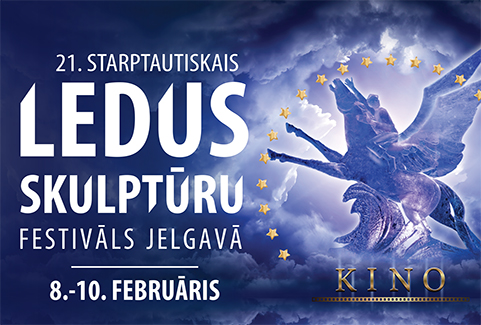 21st International Ice Sculpture Festival in Jelgava Will Be Everything Cinema

For the 21st time the city of Jelgava welcomes the most remarkable winter event in the Baltic states - the International Ice Sculpture Festival, taking place from 8 to 10 February. The festival will take place in three locations in the city: Pasta sala, Jāņa Čakstes bulvāris and Pils sala (Pilssalas iela 1). The festival offers concerts from popular musicians, a show on ice, creative workshops, a market, and much more.

Sculptors will start their work on 4 February and will continue until 8 February. This year, the festival gathers 30 world-known sculptors from 7 countries: Latvia, Lithuania, Russia, Belarus, Ukraine, the USA and Canada. The task for the sculptors this year: in more than 70 tonnes of ice, to portray the theme of cinema. During the festival, visitors will be able to see more than 65 ice sculptures: 30 of them will be made individually by the sculptors and illuminated, whereas 15 of them will be grand, more than 3 metre high sculptures made by sculptor teams, including an ice labyrinth and six large-format photo sculptures. On Pasta sala, there will be an ice bar called Ice Wines, an ice object made with the largest amount of ice out of all ice objects of the festival. There will also be a catering and trading area.

On Saturday and Sunday, on the Jāņa Čakstes bulvāris stage, there will be an ice sculpture display and competition between the most acclaimed sculptors from Latvia and Lithuania: Kārlis Īle and Donatas Mockus.

During the festival, Jelgava Municipal Council will cooperate with the navigation application Waze, where visitors will be able to use a map with indicated car parks and traffic limitations in Jelgava during the Ice Sculpture Festival. Drivers will be able to receive real-time traffic information online, helping them to plan their route. Information on changes and news regarding traffic, as well as tourism opportunities in Jelgava during the festival will be announced at www.jelgava.lv and www.festivali.jelgava.lv.