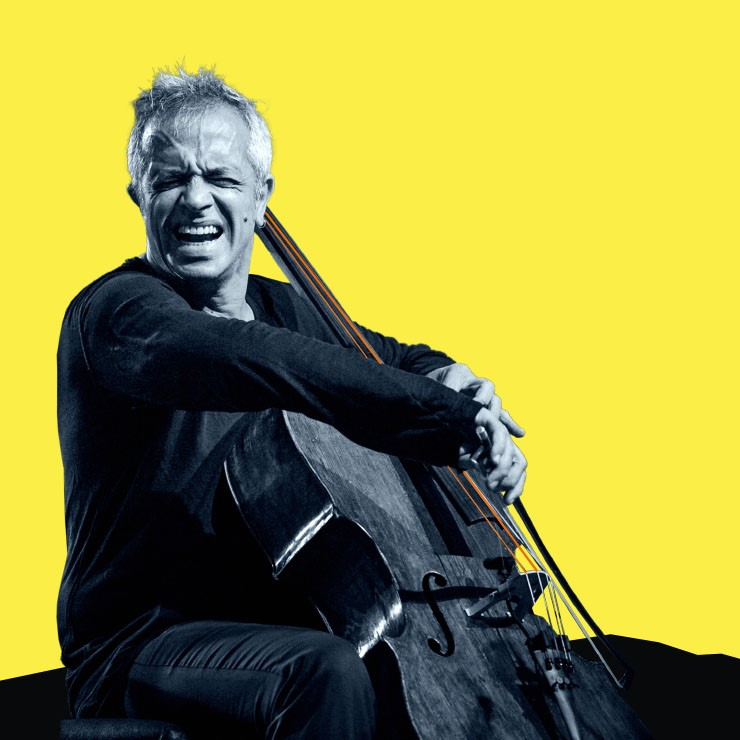 Meeting and talks with Giovanni Sollima after the concert.

In Saturday night's concert for the first time in Latvia we will hear the Italian cellist and composer Giovanni Sollima. He is a classical musician who enjoys the status of a rock star, a Jimi Hendrix of the orchestral world who has breathed new life into the musical instrument familiar to the world for over 300 years ‒ the cello. His music is much loved by a wide audience, from confirmed aficionados of academic music to alternative music lovers.

He has collaborated with conductors such as Ricardo Mutti and orchestras such as the Chicago Symphony Orchestra, the Royal Concertgebouw Orchestra, the Berlin Konzerthausorchester and many others. He has composed music for Peter Greenaway, John Turturro, Bob Wilson.

Sollima is known for creating an original arrangements of classical music masterpieces and rock music hits. His solo programs are "crazy" and various - from baroque to rock and from world music to his own compositions.