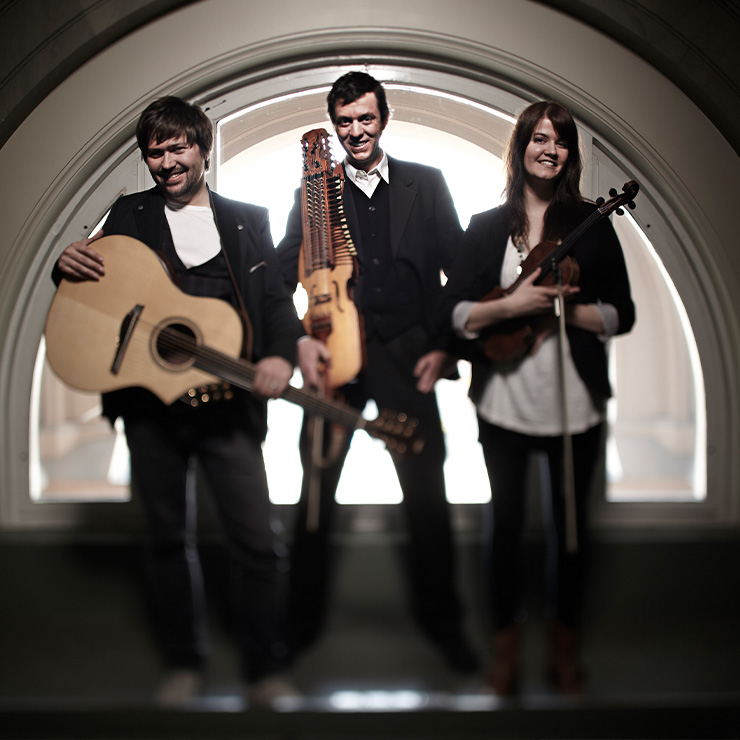 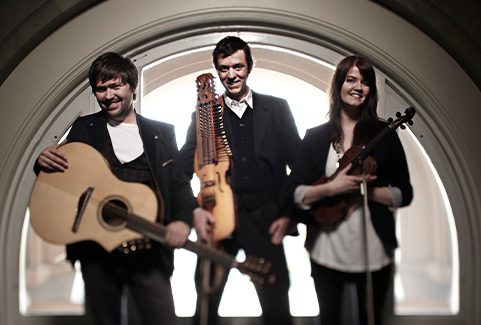 Swedish folk trio Ahlberg, Ek & Roswall with their dazzling interplay, imaginative arrangements and carefully selected repertoire, have established themselves as one of the most exciting and popular acts on today’s folk scene. The Trio’s appearance in Concert Series Personally will be the collective’s Latvian debut.

Swedish folk trio “Ahlberg, Ek & Roswall” with its dazzling interplay, imaginative arrangements and carefully selected repertoire, has established itself as one of the most exciting and popular acts on today’s folk scene.

Ahlberg, Ek & Roswall offers a swinging and virtuosic interplay that invites both listening and dancing. The repertoire is based on traditional Swedish tunes, including slängpolskas from Skåne, triplet-based polskas from Medelpad, as well as their own compositions.

The trio has achieved great success around the world in recent years and has made ​​a success of several of the largest folk music festivals. Ahlberg, Ek & Roswall’s music is characterized by both pop and baroque influences, a great tonal range and an absolutely irresistible swing.

Traditional Swedish dance tunes merge energetically with baroque and contemporary influences in Ahlberg, Ek & Roswall's imaginative arrangements of slängpolskas from Skane, triplet-based polskas from Medelpad, as well as their own compositions. The trio has firmly established itself on the Swedish folk scene, picking up the Group of the Year award at the 2016 Swedish Folk & World Music Gala.

Five-string fiddler Emma Ahlberg Ek began playing at the age of five. She studied at the Royal Academy of Music in Stockholm and became a Riksspelman, one of the highest accolades within Swedish folk music, in 2010. Harp guitarist[EH1]  Daniel Ek is a sought-after musician, collaborating across a range of genres and nyckelharpa [EH2] master Niklas Roswall became a Riksspelman in 1992 and was a founder member of pioneering Swedish folk band Ranarim.

Tickets: from 10.00 euros. Ticket prices may change approaching the event.

We will ask all attendees to present a Covid-19 certificate at the entrance, confirming vaccination or recovery from Covid-19. We will also ask you to present personal identification and an event ticket. Face masks will not be mandatory during the event.

NB.  Upon attending a concert, the attendee must show personal identification.