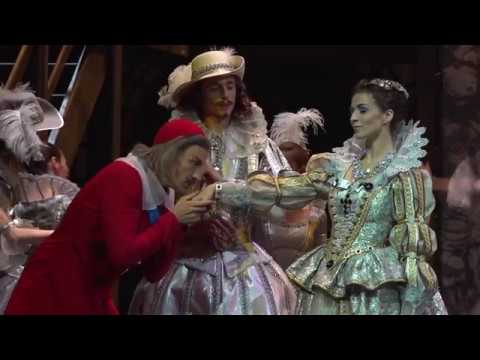 The creative team behind The Three Musketeers – Czech composer Jan Kučera and Canadian choreographer Paul Chalmer – invite you to experience all the intrigue, the torrid love affairs and deep loathing of Louis XIII’s court.

The production was commissioned by the National Moravian-Silesian Theatre and premièred on March 23rd, 2017 in Ostrava. Now, the ballet artists of the Latvian National Ballet present their interpretation of Alexandre Dumas’ literary masterpiece. World famous hero D'Artagnan and the three musketeers Athos, Porthos and Aramis bravely stand against the cunning enemy of the King’s court and prove that generosity, wit, love and friendship are the most powerful weapons in the fight against dishonesty, betrayal and the lust for power.